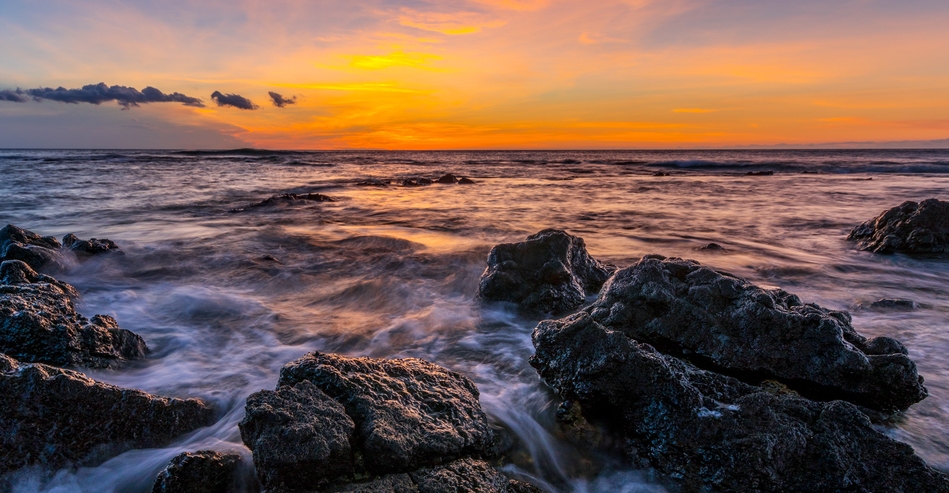 It is widely known that Blue Marlin are one the most sought after big game fish in the world. These fish have explosive strikes on the bait, incredible aerial acrobatics once hooked and an awesome strength that is a great test of an anglers stamina, as well as their skills.There are two main ways to catch Blue Marlin in Kona. One method is trolling lures (this technique was developed here in Hawaii). It is absolutely the most popular and the most productive technique to Blue Marlin fish.

Trolling lures requires two main skill sets from the Boat Crew. One is to set out the proper lures in the pattern. The second is to go the proper vessel speed, giving the lures action, but being careful not to have them constantly flying out of the water.


These big game lures are designed to imitate bait fish going through the water, which entices the marlins to feed. Blue Marlin are opportunistic feeders as they eat a wide variety of fish. While a Blue Marlin’s main diet consists of skipjack tuna, Opelu and Bally-hoo, they will also feed on most every other fish that they can catch and swallow. Therefore, we want to run a variety of lures with different actions to maximize our spread attraction and overall fishing efforts. Hawaiian charter boats generally run five rods and reels while trolling.

This means that five lures are in the water at all times and the positions are designated as short corner, long corner, short rigger, long rigger and stinger.

The number one question that most captains hear when trolling lures is “aren’t we going too fast”?

Let’s answer that one right out of the gates. No, we are not going too fast. The Hustler Boat trolls at about 8.2 mph, or 8 knots. Blue Marlin have been clocked at 70 mph, or in other words 8-9X faster than our trolling speed. Some boats will traveling to further destinations, have been known to put (2) lures out at speeds of more than 20 knots and still they will get bites! The stories go that having a Blue Marlin slam a lure while the vessel is traveling at over 20 mph is like hooking a heavy duty tractor that was going in the opposite direction. Massive explosion in the water and on the equipment.

The closest lure to the boat is referred to as the short corner. One of the most frequent questions. Asked when running short corner baits is “isn’t that lure too close to the boat”. No it is NOT too close! Generally, the biggest lures are meant to run closest to the boat because they cause more commotion and are easily visible to the marlin. Many experienced Captains will tell you that they believe the biggest attractor of for Blue Marlin is the noise of a boats engines and the white water of the vessel as pierces through the water.

Generally the short corner lure is run on the second or third wake on the boat. The long corner lure is on the opposite side of the boat on the 3rd or 4th wake. This lure, for most of the boats, is notoriously the most productive bait in terms of numbers of hits. The short rigger is run on the 5th wake of the vessel, the long rigger lure is run on the 6th wake and the Stinger lure (Furthest One Out) on the 7th or 8th wake wave. The smaller lures will generally be run on the long rigger and stinger, while the bigger lures will be set on the short corner, long corner and short rigger.

Most lures are locally made here in Hawaii by some of the finest lure makers in the world. We take these lures, put skirts or vinyl on them, and rig up a hook. So, the lure itself consists of the lure, skirts and a hook or hooks.